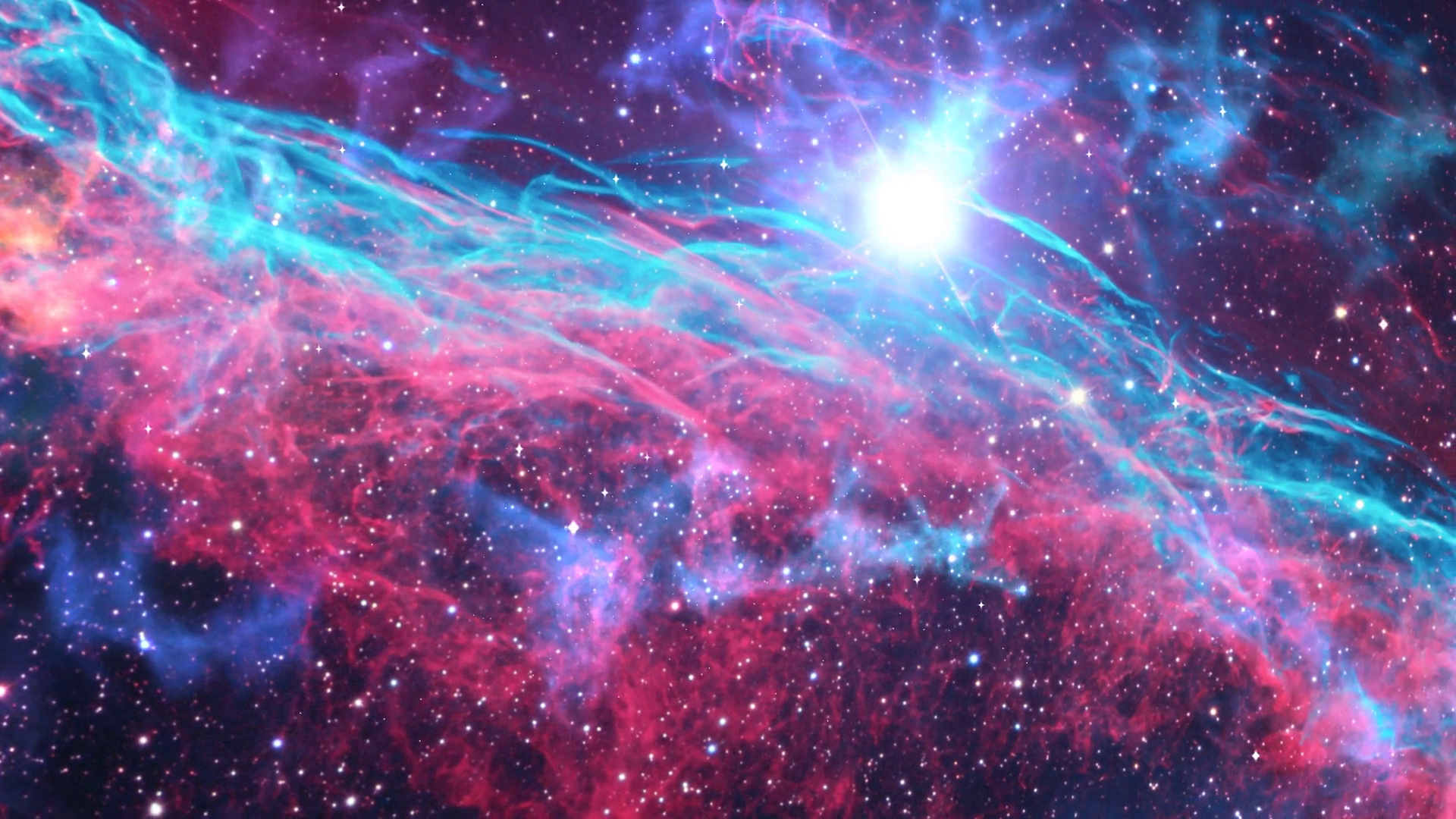 Hello all and welcome back to Peace, Love, and Comics! I want to share something every special with you today. This year, I released my first novel called Mystic Man. The story is about a man named Isaac Eckspo and his journey as he becomes the world’s greatest superhero. It’s full of weird science and different universes. If you want to check the book out, I’ll link it below and it would mean so much to me.

Mystic Man is the birth of my own fictional universe. There are other superheroes in it as well, some make an appearance in the book. But, the world of Mystic Man has a bunch of unique characters. Today, I want to introduce two new heroes who don’t have powers but have a special role in this universe. Captain Miles Orlando and his partner Melissa Johnson are two of the greatest explorers in the galaxy. They have been tasked with discovering and explaining the wonders of the galaxy with humanity. Their story starts here, and I hope you follow me as I introduce a new pocket of the Mystic Man universe. Enjoy!

“Sector 43, this is Captain Miles Orlando, do you copy?”

“This is Captain Miles Orlando, do you copy?”

Silence. But the emptiness of space was never truly quiet.

“I don’t think they can hear us. Any way we can access the portal without clearance?”

“No. Dammit. I knew this would happen.”

“Why would they not build some sort of failsafe? They had to have known that this technology wasn’t perfect.”

Silence. The two astronauts didn’t speak to each other for nearly an hour. They didn’t move, their ship didn’t move. There was nothing but silence between them.

“Are you mad at me or something?”

“Just mad at the situation. Trying to figure out how we’re going to get out of this.”

“I feel you. Look at the way the sun is shining on that planet. Beautiful isn’t it?”

It was. And it wasn’t. On one hand, this was a new galaxy that no human had ever explored. Untouched by humanity’s foul stench and ignorant mind. No wars, no poverty, no racism. Something some humans would kill to experience. The planet had a luminous blue glow that lit up the rest of the sky. It made the cold emptiness of space feel alive. It could make a lesser man feel like a god. It could make the most arrogant man feel like a fool. Truly a sight to behold. On the other hand, Miles saw that every other week, so he didn’t say anything. He just sat there, unimpressed.

Another hour past. Or maybe it was two. Three?

“That portal right there in front of us, can we get schematics of it?”

“The hell you think I’ve been looking at the past couple of hours?”

“Calm down. Anyways, have you found some sort of way to jumpstart it? How the hell did it get here anyway? Especially since we’re the only ones to ever come this far?”

“You know this. All the portals were hooked up to a teleportation machine and sent across to different galaxy. Some scientist from Chicago came up with it I guess. Triangulate the position of a new galaxy, teleport these portals out here, and manually control them from Earth.”

“I know that, but has anyone ever tried to manually turn one on? Are we seriously the only humans to ever use them?”

“I don’t know, Melissa. Try it out if you think it will work. I don’t have any ideas.”

“That’s not true, you’re just being a baby right now.”

“We’ve been travelling for the better part of ten years, Miles. I know you better than anyone. Better than my own husband. Better than my own daughter. I knew the risk, as did you. But we’ve had problems before. Nothing this big, sure, but I’ll be damned if we die in space.”

Miles just sat there, pretended to stare at the schematics of the portal.

“And if I do die in space, I don’t want to be next to a quitter. So, check our oxygen levels, ready my suit, and watch my back while I try to figure this out.”

And yet, she hardly ever complained. Hardly ever talked about how much she missed home. Miles always thought this was her lifelong dream. To be out and about, prancing around the stars. He thought she was one of those “science over everything, including family” people. He thought she was one of those people that would have a seriously hard time choosing this job or her family.

“Opening airlock. Oxygen levels are good, and the ship is stable. Loading schematics of the portal now to my suit’s display”

She never acted that way. Miles just saw her that way. And he couldn’t answer why.

“Okay, I’m here and noticing a couple of things. The antenna seems to be slightly bent. But, we don’t have the resources or power to turn it. Going onto the portal to see if there’s any structural damage.”

“Some signs of deterioration. Honestly, I think this is just a case of the battery being worn out. You see what I’m seeing?”

“Maybe we can jumpstart it. I can shoot it with a bolt of energy from the suit. But with that crooked antenna, who knows where this thing will send us.”

“So, what are you thinking?”

“We have to try something.”

Once again, she was right.

“Miles, that might be the very first time you’ve said sorry to me in ten years.”

“That’s not tr—okay, maybe it is true, but I mean it. Scans show that battery is one of the oldest in operation. For some reason, it’s the only one that’s not nuclear. Maybe it’s electric? Give it a jolt from the suit and see if that does the trick.”

“You know you don’t have to call me that.”

“I know but we’re supposed to record ourselves when we’re out here. Thought I’d give the screenwriters back home a good line or two.”

“Feel like you can do better than that, though”

“Alright, ‘This is either going to send us home, or kill us. Either way, it was a privilege serving with you Captain Orlando.’ How’s that?”

There was a loud boom. The portal began to shake a bit, then it started to sputter. Out of nowhere, it lit up the atmosphere with a bright blue light, rivaling that of the planet. Whatever Melissa did, it worked. Miles had gotten used to the emptiness of space. The past few hours were peaceful, even if he didn’t want to admit it. But, once again, Melissa figured out a way to save them. He didn’t expect to be so happy seeing that blue light from the portal, but he was.

“Great work, Melissa. Bring it in, and let’s see if we can get home. Opening the airlock now.”

Melissa got back to the ship safely and took off her suit.

“That quote needs to be on a T-Shirt.”

“Already is. Mama had business sense.”

For the first time in what felt like years to Miles, they both laughed. And not just a light chuckle, but a nice, hardy, annoying laugh. Together. Tears even started to come down his eyes.

“Damn, I needed that. Let’s see about getting us home.”

Miles pulled up an image of the portal on the computer. All systems were a go. The only thing left was to check where this thing was sending them. In that past, when Sector 43 was competent, the folks back on Earth would make sure the portal was sending them to the correct spot. It was simple really, just a matter of sending them to a different portal. But since there were hundreds of portals, it could get tricky. There was no way for Miles to change where they were going. He just needed to see a destination to put his mind at ease.

The screen began to buffer. It seemed like years, but Miles was sure it was only a few seconds. He felt his heart drop at first, when the words on the screen popped up. But, when he heard Melissa’s sigh of relief he knew everything was going to be okay.

Captain Miles Orlando typed a few commands in the computer, ignited the engine, and stared at the beautiful blue planet before they took off. He felt a sense of hollowness inside of him now that he was taking in the full beauty the planet had to offer. Maybe a few years ago he would have asked Melissa to explore the planet, instead of sulking over their situation. But that was the past. As Miles pushed the throttle forward, grateful for his friend, he knew he could only focus on the future. The ship accelerated at full speed through the portal. When they emerged on the other side, they saw Earth, and they both screamed with joy. Until Miles noticed something.

Earth looked the same. Same as it always did, but in the distance, Miles saw something he had never seen before. Another planet. Multiple planets were showing up on the scanners.

“Miles, why is there a weird red planet close to Earth? And how are those two planets so close to the sun?”

Miles furiously typed on the computer. Scanning everything in the area, making sure his readings were right. Everything told him this was normal. He decided to take the ship down. They flew into the atmosphere and everything about Earth looked normal. The Statue of Liberty, The Great Wall, American Military bases where American military bases shouldn’t be, it was all there. Miles then took the ship back up into space. That’s when Melissa noticed it. That’s when Miles knew they were in trouble.

“Every time we travel through a portal, we come out of another portal. They’re all linked together. Look at the sky, Miles.”

Miles was already looking. He knew what she was about to say.

“There’s no portal. We came out of nothing.”

“And where’s The Wilkins Space Station? We would’ve noticed that trillion-dollar satellite, even if it wasn’t that close to Earth. It should’ve shown up on the scanners.”

Miles still just sat there. No anger in his heart this time. Just disbelief. He wanted to cry. Not for himself though. He thought about Melissa and her family.

“Captain,” Melissa said. “I don’t think we just entered a new galaxy. I think we’re in a completely different universe.”

What have our heroes gotten themselves into? I hope you come back later this week to find out. This will be a four-part story with part two going up Thursday morning. Until next time, everyone!